We have been getting a lot of new fly tying materials in the shop and I am playing catch up from the last two weeks with posts. This week I will be featuring these new materials and tools. 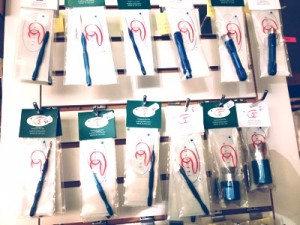 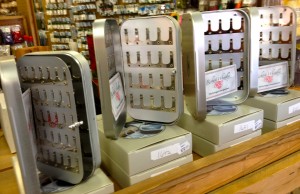 We got some new Wheatley Fly boxes in. Lots of people have been asking about these fly boxes for storing steelhead flies. Wheatley is a great fly box that has a classic look. These boxes make any fly look good…Except a foam fly. Don’t disgrace a Wheatley with a Chernobyl Ant, it’s just wrong.

We also have tickets for the IF4 Fly Fishing Film Tour on sale until this evening at 6pm. After that you will need to buy tickets at the Colonial Theater. See ya there!

We still have a few spots left in our special topics tying classes. This will be the last month for these classes. Call and sign up today. Spots are limited and filling quickly.

Hey everybody, really quick I just wanted to let you know we received a big order from Montana Fly Company today with lots of cool new stuff. Everything from new hopper legs and some new water bottles and coffee mugs. SO if you get a minute come check it out! 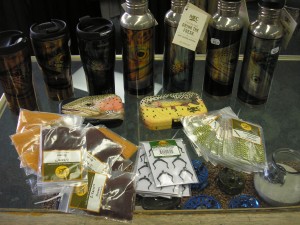 Also a quick reminder that we will have a free tying demo this Saturday and Linda Windels will be the tier. 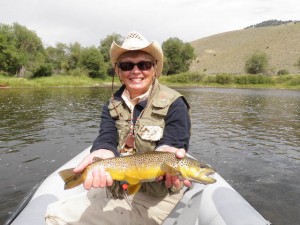 Linda grew up in a fishing family, but was not introduced to fly-fishing until 1993 while living in Golden, Colorado. There she took fly-fishing and tying lessons from a local shop. It was love at first sight. In 2001 she and husband Bill moved to Idaho Falls.  She had visited the area previously to fish the South Fork with Reel Women, then again with Joan Wulff and Lori Ann Murphy. So the 2001 move was to “fly-fishing heaven.”  She attended her first Eastern Idaho Fly Tying & Fly Fishing Expo (EIFTE) that year and learned more on fishing and tying than thought possible.  She marvels at attending EIFTE workshops from Wayne Luallen, Chris Helm, and Leslie Harrop. Those workshops and her natural abilities serve her well. She teaches fly tying in the EIFTE’s ladies program.  Her tying accomplishments are featured during EIFTE fly tying demos, and she is the subject of inquiries about taking part in fly tying events around the western states. Linda advocates that more women are needed in fly fishing and fly tying. She therefore organizes women’s fly fishing visit to destinations including the Big Hole Lodge in Montana and Falcon’s Ledge Lodge in Utah. Some participants have been doing so for as long as twenty years. Thus for any lady interested in fly tying, we highly recommend Linda’s demo.  But we also recommend her demo for any fly tier. Linda’s ability and generosity accompanied by her wit and knowledge will result in an excellent event. 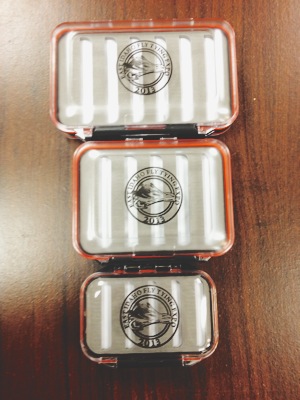 The East Idaho Expo is going to be here in about 6 weeks. We have gotten the fly boxes in for tiers to fill and donate. This year we have 3 different sizes to pick from. You can pick one up at the shop and return it before April 18 full of flies for the Expo to raffle or auction off. When you return it please include a business card so everyone knows who tied the fancy flies. Also if you return it early we will have a table at the shop showing off all the flies tied for the expo. 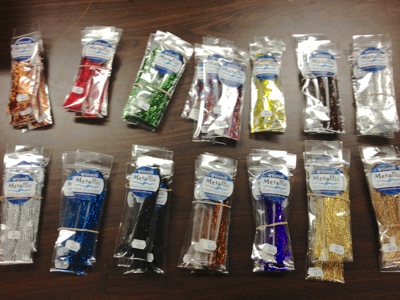 The Kreelex flash had arrived! This flash has been requested by some of you for tying the Kreelex Minnow. We now have it in 14 different colors. This stuff looks really good and will have many different applications. As I was putting the flash on the display my mind kept thinking about all the different types of flies one could use this material for besides a Kreelex Minnow. Come down to the shop and check it out you will be impressed. 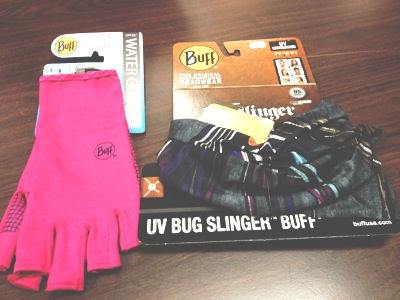 We got a new shipment of Buffs in with 2 new colors of Buff gloves. If any of you have Saltwater trips planned both of these items are a must for sun protection. Many people have the buff for their face but neglect to think about their hands. The Buff gloves are really comfortable and provide great protection from the sun. We have many different colors and designs. 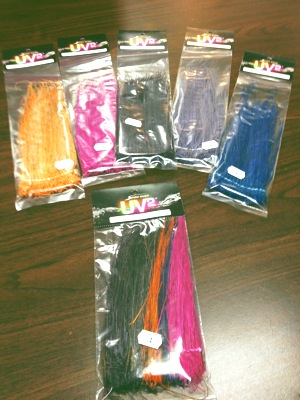 Spirit River is becoming really innovative in developing materials for steelhead patterns. We just keep getting hooked and more of their UV2 Material. We just got in the UV2 Intruder Spey Hackle packs. They also have a Hackle starter kit. A must for any of you tying Intruders, large steelhead/salmon patterns and don’t forget adding a little to your favorite streamer pattern!

Hey guys couple things going on this week in the shop. First off, tomorrow (Saturday the 16th) we have Greg Schoby in doing a  free tying demo in the morning from 10a.m. to 1p.m. Greg is a fisheries biologist for the Fish and Game and will have some great patterns and  stories to share with you all so be sure to come check it out!

Second, we are now a HATCH reels dealer! In the shop we have a 5 plus, 7plus, and 9plus reel. The 5plus handles line weights from 5-7, the 7plus handles lines 7-9, and the 9plus can hold 9-12wt lines . If there is a size or finish you want from Hatch that we don’t have in the shop we can certainly get it in for you.  I have personally used these reels quite a bit over the last few months and I am very impressed. They have handled everything from trout to sharks for me and have performed flawlessly. I would highly recommend these reels to anybody wanting a bombproof high performing reel. Head on over to their website (www.hatchoutdoors.com) and check out the different sizes/finishes and be sure to read about the drag system, pretty cool stuff! 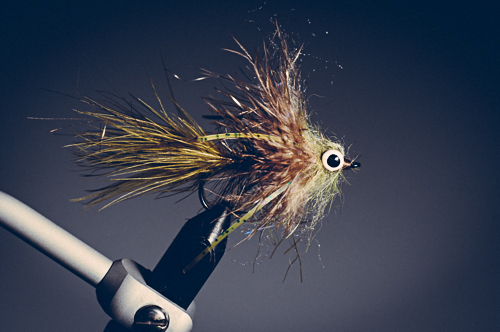 Just wanted to give you all a heads up on some tying classes that we are offering. We have a Beginner class going on right now with John Stenersen and we will be doing another session as soon as the current session is finished. We also have a list of Special Topics classes that will be taking place. These classes are great for learning new techniques and patterns for our local area. Check the list of classes out here.

Tomorrow is Valentines Day and we have some specials going on at the shop. If your looking for something for your special one we have lots of items on sale both women’s and mens clothing. Don’t forget we have a few Patagonia RIO Gallegos waders still on sale for $250! This is a great deal and these waders have received many awards in the industry for quality and design.

We got a few new items I wanted to highlight today.

The Clic glasses are a new item for us. These readers come in variety of colors and strengths. From what I have been told if your over 40 you need a pair of readers. 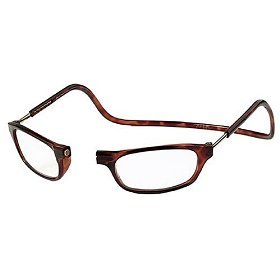 Ice Dub Shimmer from Hareline is a new material that reminds me of sparkle organza but it has much more flash. My first thought was wingcases on nymphs and using it to add flash to collars of streamers or nymphs. It’s available in 5 different colors and we now have them in stock. 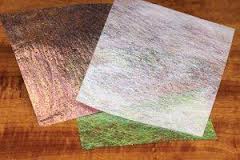 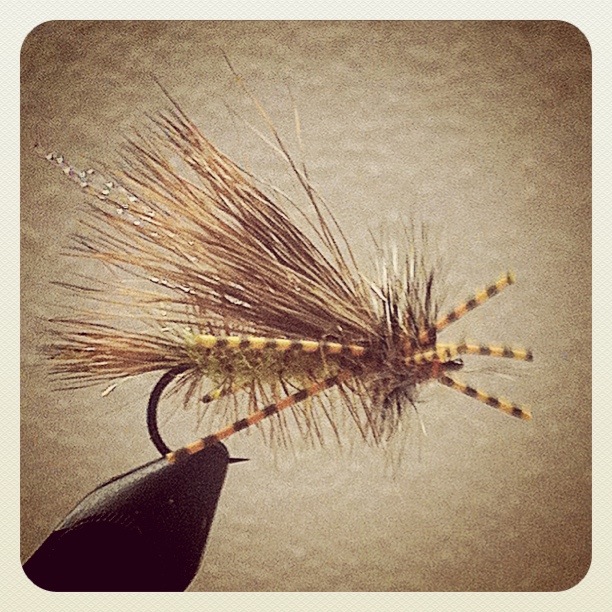 We just got done updated our fly tying class schedule. This year we have asked John Stenersen from Clackacraft Drift Boats to help teach the beginning fly tying classes. John is an excellent fly tier and has taught many classes for our shop. This is going to be a great winter for tying flies. We also offer private lessons for individuals interested. I highly recommend all of our special topics classes, they very good and packed with lots of information.